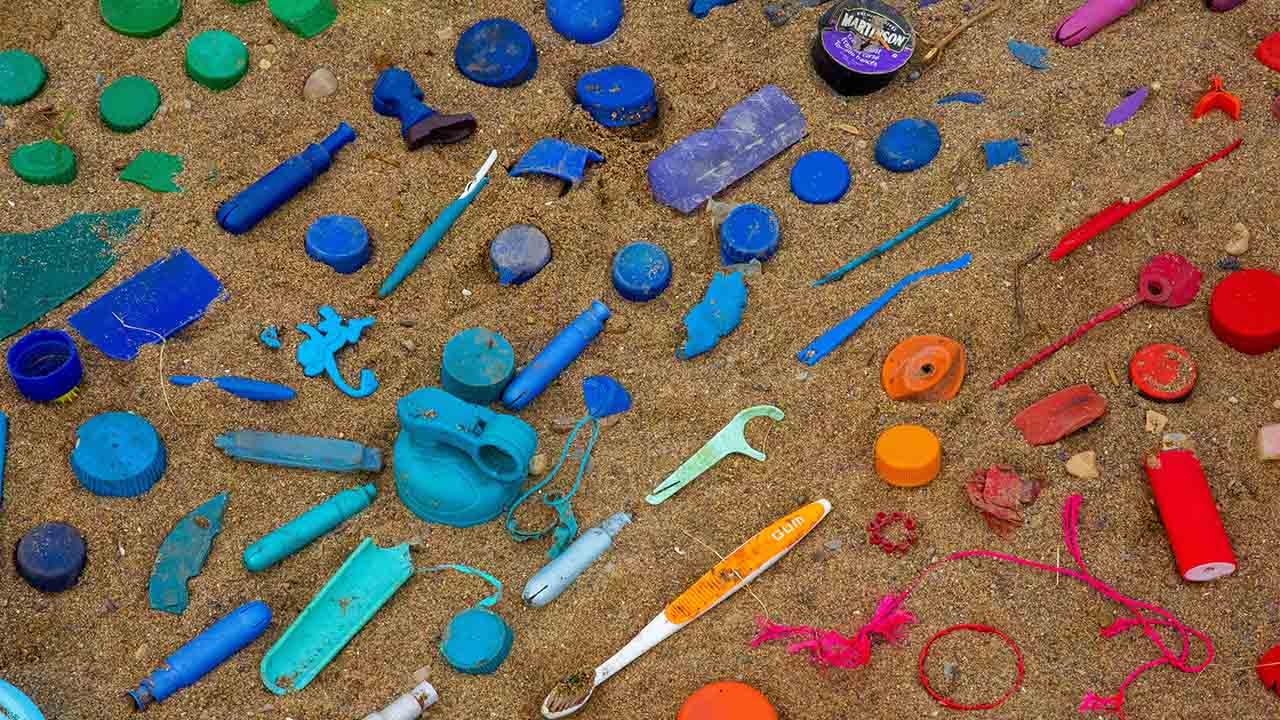 Reduce plastic use and plastic pollution

Did you know that all of the plastic produced every year on Earth weighs as much as all of the people on Earth?

Plastic does not decompose in nature; it breaks down into microplastic particles. If plastic is not recycled, it ends up most often in landfills or in the sea where it threatens the health of animals and other living things. By recycling plastic and choosing to refuse disposable plastics, you contribute to reducing plastic pollution.

Landvernd encourages individuals, groups and organizations to organize their own coastal cleanups as well as raising awareness on plastic pollution. Cleanups are just as good on land as by the sea because 80% of plastic found in the ocean comes from land.

Plastic pollution in the seas is as big a challenge in Iceland as it is in other countries in the world.

Every resident of Iceland consumes on average 40 kg of plastic bags and containers every year. Only a small portion of this plastic is recycled while the majority of it ends in landfill. Because plastic does not decompose, all plastic that has ever been produced still exists. In fact, all of the plastic on Earth today weighs as much as all of the people on Earth! Because it takes such a long time for plastic to break down into micro plastics, you could say that all the plastic that has ever been produced still exists, if it hasn‘t been burnt.

Every year hundreds of thousands of tonns of unsorted waste end in landfill in Iceland. This waste produces methane gas which is an especially harmful greenhouse gas. Only one landfill in Iceland collects this methane instead of releasing it straight into the atmosphere. Our waste is directly contributing to climate change!

We can make a different by working together. Let‘s choose to refuse disposable plastic bags and containers and recycle all other plastic waste.

Landvernd is counting on you to take part and reduce plastic use!

Production, use, and fate of all plastics ever mad